(TMN) Host Luke Vargas discusses the U.S.-China relationship in the age of President Trump. When Chinese President Xi Jinping met with Trump earlier this month U.S. strikes in Syria overshadowed the encounter. But there’s far too much at stake for U.S.-China relations to stay quiet for long – from the possibility of a trade war to the simmering question of North Korea, controversy in the South China Sea and competing global visions. We’re breaking it all down next on Wake. […]

Elizabeth Wishnick: I think there are a lot of different reactions in China to Trump’s apparent friendly attitude towards Russia. Some were surprised and some were puzzled by this. Others were wary that some new momentum in U.S.-Russia relations might undermine the China-Russia partnership in a way that would be negative for China.

They were waiting to see how this would play out. And certainly the way things look now there’s not going to be too much change in U.S.-Russia relations. I mean there’s the whole drama of the contact between the Trump campaign and Russians and it’s likely to be a big sideshow in terms of creating any kind of coherent U.S. foreign policy.

This being said I think that China has always been opposed to the use of sanctions against any country and would be happy if if the Trump administration took a different viewpoint on sanctions against Russia and in general. But the pressure from the US against Russia has enabled China and Russia to move more quickly on certain economic cooperation projects. And so I think China would want to keep that momentum going and the current tensions between the U.S. and Russia make that more likely.[…] 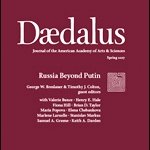