How did the dramatic events of 2014, including the annexation of Crimea and the onset of violent armed conflict in eastern Ukraine, transform the opinion of Russians regarding their ethnic identity, nation, and state? Some have seen these events as sparking a dramatic upsurge in xenophobia and Russian nationalism, marking a new chapter in Russian identity politics. Others have questioned how much change has actually taken place. Evidence from two nationally representative surveys, one taken in May 2013 and the other in November 2014, indicates that what Russia experienced is much better characterized as a “rally ’round the leader” effect than as an upsurge in nationalism per se. In part, this is because Russian nationalism was already strong before the crisis in Ukraine emerged, so current events tapped into preexisting sentiment more than transformed it (with the exception of an evident increase in negative attitudes toward Ukrainians). What did change substantially, however, was the level of support for Vladimir Putin, which surged to nearly half again its May 2013 level. At the same time, concerns about economic and social problems deepened. Together, these findings indicate the main effect of the 2014 events on public opinion was to create a “rallying effect” around Putin personally but not to transform mass consciousness in a way that is likely to benefit the Kremlin in the long or even medium run.

The surveys we analyze here were carried out by Russia’s established and respected ROMIR polling agency as part of the University of Oslo’s “New Russian Nationalism (NEORUSS)” project, funded by the Research Council of Norway (2013) and the Fritt Ord Foundation (2014) and commissioned by principal investigators Pål Kolstø and Helge Blakkisrud. The May 8-27, 2013 survey included a nationally representative sample of 1,000 respondents interviewed face-to-face long before the Ukraine crisis. The November 5-18, 2014 survey replicated most of the questions from 2013 and also asked new questions to assess the effects of the crisis in Ukraine and subsequent armed conflict. This new survey was carried out according to the same methodology and included 1,200 respondents. On some issues, we were also able to get a sense of longer-term trends by referring to data from a 2005 Russia-wide survey of 680 respondents on ethnic relations by the Moscow-based Levada Center that was organized by Mikhail Alexseev.

No True Surge in Nationalism

The NEORUSS surveys find little evidence of a surge in nationalist sentiments among Russians between May 2013 and November 2014. Levels of ethnic and civic pride, desires to defend dominant ethnic group privileges, and perceptions of national distinctiveness all changed only marginally. In fact, most of these sentiments have remained about the same for nearly a decade.

Other important nationalist views changed in more pronounced ways, but pointed in different directions. On the one hand, xenophobic exclusionist sentiments somewhat hardened while acceptance of ethnic Ukrainians as “fraternal people” significantly declined (this is an old imperial and Soviet notion reinvigorated in the Kremlin’s framing of Russia’s putative motivations for Crimea’s annexation). On the other hand, general acceptance of ethnic diversity in Russia increased and support for further territorial expansion of Russia weakened.

Rallying Round the Leader: A True Surge

The biggest beneficiary of true public opinion change in Russia from 2013 to 2014 was the country’s leader, Vladimir Putin. Readiness to vote for Putin, positive valuations of Putin’s system of rule, and Putin’s nationalist credentials all increased strikingly. The NEORUSS surveys show that “rally ’round Putin” effects have been robust—lasting more than eight months after Crimea’s annexation and several months after Russians started experiencing economic problems associated with declining oil prices and Western economic sanctions.

As the euphoria over Crimea slides further into the past—particularly given Putin’s reliance on Russia’s hitherto robust economic growth as an important source of legitimacy—the NEORUSS survey data provide grounds to suspect the rallying effects may erode. Most notably, Russians’ assessments of their country’s economy and their families’ well-being significantly worsened between May 2013 and November 2014, and many Russians at least partially link this decline to Crimea’s annexation.

The NEORUSS surveys indicate it would be a mistake to describe what happened in Russian public opinion in 2014 as a surge in Russian nationalism, ethnic or otherwise. Instead, it should be considered primarily a “rally ’round the leader” effect. This has significant implications for both observers and policymakers. For one thing, it means Putin’s bold moves in 2014 did not create a new wave of nationalism that might be expected to recede back to “normal” levels later. Instead, Putin tapped into a preexisting Russian nationalism that was already quite strong, mobilizing it for support where previously it was not helping him much. He also clearly reaped “leadership points,” support deriving more from the perception that he is a dynamic and decisive leader than from any specific action—something that has long underpinned his popularity but had seemed to be fading in recent years. Questions those interested in Russian politics should be asking moving forward, then, include: (1) Will Putin continue to be seen favorably by Russian nationalists or will this issue start working against him; and (2) Will other factors eventually override or undermine the rallying effect we observe?

On question (1), the NEORUSS surveys suggest it will be difficult for Putin to sustain nationalist support because nationalists themselves are divided. While many still back expanding Russia to the borders of the former USSR (people we may call “imperialists”), others (whom we might call “xenophobes”) not only oppose this but want to deport migrants from post-Soviet states who are already in Russia. The 2014 events appear to have somewhat moderated xenophobia and also reduced territorial expansionism, but the shares of both xenophobes and imperialists remain significant and if they return to pre-2014 levels, Putin will face challenges trying to reconcile them. The growing hostility toward Ukrainians as a people detected in the survey may also complicate Russia’s relations with an important neighbor state in the future. Given an additional finding that the Russian public has generally bought into the Kremlin-led media characterization of Ukraine as a weak and illegitimate state, however, Putin may be able to overcome those problems with new massive public relations campaigns.

On question (2), the economic worries detected in the survey indicate people may one day tell their leadership something like: “OK, we are happy with Crimea’s return, but that is now in the past and we still want economic improvement.” The Kremlin might respond by attempting to offer Russians more territory instead of economic development, hoping this will again divert their political attention from material worries. But with support for expanding Russia’s territory declining since 2013, it is far from certain such a policy could work as the Kremlin might hope. Of course, Russia’s leadership also possesses many other ways to shape public opinion, including a vice-like grip on the political coverage of Russia’s highly influential television channels. But bad economic realities (and battlefield deaths if they reach a large scale) will be harder to hide or spin than will events in other countries, even neighboring ones. And the NEORUSS surveys overall suggest that the Kremlin has been successful mainly in generating a rather narrow rallying effect, not in transforming public opinion in a fundamental way that works in favor of the current leadership in the long run. Thus, while public opinion was more of an enabler than a constraint when it came to Crimea, it is unclear that this can be replicated with new territorial moves.

Figure 1. Share of respondents who strongly opposed their family members marrying migrants belonging to ethnic groups other than their own NOTE: Responses of “don’t know” and “refuse to answer” are excluded from the denominator of the calculations here. The number of “don’t knows” and refusals differed within only a couple percentage points by ethnic group in both years. The number of those who said ethnicity did not matter for marriage was constant and therefore also left out of the denominator; respondents who picked that option were not asked their views for each specific group. In total, these data missing from the denominator made up about 28 percent of the sample in 2013 and about 20 percent in 2014.

Figure 2. Preferences for the territorial boundaries of the Russian Federation Figure 3. “If presidential elections were held today, for whom would you vote?” [2] The 2005 Levada survey data was available regarding Chechens, Chinese, Armenians, and Azeris. 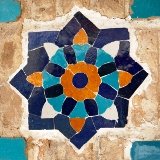