When it comes to foreign policy, Russia is good at sprinting, while the West – and especially the EU – is better at marathons. The use of kinetic military force by Moscow is to a large extent a sign that other, long-term foreign policy means failed in Ukraine: Russian coercive diplomacy – based on sticks (embargoes and sanctions) and carrots (offers of cheaper gas and greater market access) – did not have the desired effect.

Moscow believes it can achieve its goals with rapid bursts of sprinting, and that the West will not quicken its pace in response. In Crimea, the territory was captured in a manner that was both quick and bloodless, with the weak state institutions of Ukraine simply crumbling in the face of Russian aggression. The problem is that other post-Soviet states are equally weak (or even weaker) and although they have successfully withstood periodic Russian embargoes over the last two decades, they are unlikely to be able to resist any form of military action. Worryingly, the option of sending armed, masked men to take over public buildings in a third state is very much on the table – particularly because this has proved not only easy, but also effective – and is therefore dangerously appealing.

So far, the military intervention in Ukraine has paid off handsomely for Putin – at least domestically. Most Russians strongly endorse the annexation of Crimea: according to the independent Levada Centre, 88% of Russians support the annexation (and only 7% oppose it). As a result, Putin’s ratings have again rocketed. The seizing of Crimea also had the effect of uniting more people behind the president and splitting the opposition. Beyond his usual support base (50-60% of the populace), Putin has managed to also rally those on the far right and left of Russia’s political spectrum – nationalists as well as communists and those who lament the collapse of the Soviet Union. During the Bolotnaya Square protests in the winter of 2011-2012, a key driver of the movement was the emergence of a broad alliance of people united against Putin. Now the majority of nationalists and communists are behind him, while the liberal minority are branded by Putin himself a ‘fifth column’ or ‘national traitors’ – terms widely employed during the 1930s.

The fog of the crisis also allowed Russia to crack down on what is left of the independent media. TV Rain was hit hard after several cable operators shut the station out of their network, leading to a collapse in viewing numbers and advertising revenues. The most visible opposition leader, Alexei Navalny, was put under house arrest, and his blog was banned. Several independent websites (ej.ru, grani.ru and kasparov.ru) were also put on a black list of internet providers – at the request of the general prosecutor – because of their ‘calls for unlawful activity and participation in mass protests’. Lenta.ru, the most popular news website in Russia, had its liberal director forced out. Kommersant also had its director replaced, and its Ukrainian outfit was shut down after journalists insisted on some degree of editorial independence when covering developments in Ukraine. But with the Ukraine crisis dominating the international and domestic airwaves, these events passed largely unnoticed.

Economically, the Crimea military venture has obviously incurred significant costs. Russia will need to spend billions annually to subsidise Crimea. Until recently, around two-thirds of the Crimean budget was subsidised by the central government in Kiev: this financial burden will now fall on Moscow. Russia will also have to raise salaries and pensions, as well as invest heavily in infrastructure, not least by constructing a bridge to span the Kerch Strait.

Tourism in Crimea (which was generating income in the informal economy, but little tax revenue) is likely to collapse since 70% of tourists visiting the region were from the rest of Ukraine. On the other hand, some of these costs will be offset by the capture of a third of Ukraine’s gas reserves (located in Crimea’s territorial waters) and the withdrawal of the gas discounts currently offered to Ukraine. Part of the package offered to Kiev in exchange for the stationing of the Russian Black Sea fleet in Sevastopol, Russia estimates these discounts to be worth approximately €2 billion per year.

Western sanctions (and the threat of more) have already led to over €50 billion worth of capital flight from Russia in less than three months, which is more than the total amount of net capital flight in 2013. Moreover, as less money flows in, portfolio investors are withdrawing their capital. Most Russian companies will also be affected: taking credits, refinancing debt, placing bonds, and entering into partnerships with Western firms are all set to become more expensive.

These negative effects will hit an economy which was already shaky to begin with. In 2013, the Russian economy was effectively stagnant (with growth reaching only 1.2%), and the outlook for 2014 appears even worse. A sign of future troubles, the rouble also depreciated significantly in the beginning of this year, even before the annexation of Crimea.

Yet, Putin is not thinking like an accountant, but like a politician. For the Russian president, the economy is subordinated to the wider political calculation of staying in power. In this regard, projecting the image of a greater Russia (domestically and regionally) is well worth losing a few billion euros. Moreover, Russian economic woes – which have their roots in incompetence, corruption, and the lack of reform – can now be blamed on the West, potentially leading to an even greater ‘rally-behind-the-flag’ effect. So while Putin does not stand to gain anything in economic terms, the current diplomatic conflict does provide him with a plausible alibi for the impending economic difficulties.

In terms of foreign policy costs, Russia finds itself ‘suspended’ from the G8, and talks on visa-free travel with the EU have been put on hold. It will also be much more difficult to pursue the usual pipeline diplomacy in the EU – South Stream has now even more question marks hanging over it. In security terms, NATO and the US will become more active in central Europe. Finally, Ukraine and other postSoviet states, even friendly ones, are likely to start hedging more against Russia, though as tacitly as possible.

Yet none of these costs are significant enough to outweigh the benefits reaped from the current crisis, and the Kremlin remains convinced Russia can weather the political storm. Domestically, Putin is emboldened: he can live with the international diplomatic costs for now, and in any case, believes that most diplomatic sanctions will come to an end sooner rather than later. His billionaire friends might make less money, but will remain billionaires nonetheless.

Russia takes comfort in the different nuances of Western reactions to its behaviour, and from the fact that most of the world – including Russia’s BRICS partners – is taking a broadly neutral stance on the changing of borders through military means. And even if other post-Soviet states now trust Russia less and less, they also fear Russia more, and are therefore likely to be more accommodating of Russian projects such as the Eurasian Union. Even the idea that Ukraine is now ‘lost’ to Russia is questionable. In the past, Russia has intervened militarily in Georgia and Moldova, yet neither of these countries have developed a strong anti-Russian societal consensus – nor is one likely to materialise in Ukraine.

Putin’s cost-benefit analysis poses a real danger for European security. Further interventions in Georgia, Moldova, Azerbaijan or, say, a post-Nazarbayev Kazakhstan do not seem as far-fetched as they did a few weeks ago. The West need not necessarily begin sprinting, but the pace of the marathon may have to pick up. 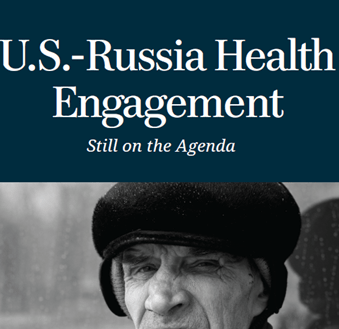 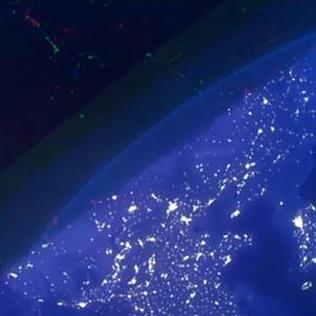