Address 1957 E St NW, Washington, DC 20052 adminponars@gwu.edu 202.994.5915
(Eurasia Daily Monitor) Thursday’s (July 17) missile hit on Malaysian Airlines Flight MH17 that killed 298 people and left a field of scattered remains in the Donetsk region, some 50 kilometers away from the border with Russia, has become a tragedy that could change the course of the conflict in Ukraine. International resonance from this man-made disaster has been massive and focused predominantly on the maverick separatists who control parts of the Donetsk and Luhansk regions as well as both regional capitals. They had the motive to fire missiles at high-flying planes, the opportunity to deploy the Buk-M1 (NATO reporting name: SA-11 Gadfly) surface-to-air missile system in the right place, and sufficient training to make an opportunistic launch—but apparently not enough to properly distinguish between a Ukrainian military transport An-26 and a passenger Boeing 777 (Polit.ru, July 18). Ultimate responsibility for the tragedy, however, falls on Moscow, which has encouraged the rebellion, provided arms and training for the Russian “volunteers,” and kept the border open for the inflow of supplies into the war zone (Moscow Echo, July 18).
President Vladimir Putin has tried to shift this responsibility to Ukraine, and the Russian Ministry of Defense has issued a list of accusatory questions to Ukraine (Nezavisimaya Gazeta, July 19). In fact, Defense Minister Sergei Shoigu urgently needs to present proof that the missile was not fired from Russian territory because during several days prior to the destruction of the Malaysian plane, the rebels had attacked Ukrainian forces along the frontier with Russia—with direct support from the other side of the border (Novaya Gazeta, July 18). That counter-offensive was necessary to prevent the collapse of the separatist cause after the capture of their symbolic stronghold in Slovyansk by government forces on July 5 (Moskovsky Komsomolets, July 16). Putin cultivated his denial of any involvement in that escalation of hostilities by departing on a long Latin American tour, where he lashed out against the United States for “pushing Ukraine’s current authorities toward continuing a fratricidal war” (kremlin.ru, July 17).
This position, however, crumbled as the localized conflict has caused global outrage, which even the most indifferent European politicians cannot ignore (Gazeta.ru, Slon.ru, July 18). It was certainly a striking coincidence that the tragedy in the eastern Ukrainian sky happened shortly after new sanctions against Russia were announced in Washington and Brussels. The West had taken that step in response to Russia’s failure to curtail its support for the separatists. Now those sanctions look not only fully justified, but also clearly insufficient (Ezhednevny Zhurnal, July 19). Notably, the set of US sanctions is wider in terms of the range of companies and banks that are targeted, while the EU has focused more on the operations of international financial institutions (Novaya Gazeta, July 17). This makes it easier for the French or Italian politicians who were reluctant to jeopardize their countries’ beneficial ties with Russia to demonstrate a new firmness in responding to the horrible loss of lives, the majority of which happened to be European.
Many Russian companies, including Rosneft, will now find it increasingly difficult to service their heavy foreign debts, so Putin held a late-night council with aides and ministers in order to assess the scale of the damage (Polit.ru, July 18). One person absent from that unhappy gathering was Andrei Klepach, deputy minister for economic development, who resigned from his position because his forecasts were too gloomy for Putin’s liking (Kommersant, July 19). In fact, the official assessments are invariably too rosy, and the economy is firmly on track toward deepening stagnation (Gazeta.ru, July 17). Prime Minister Dmitry Medvedev desperately tries to spin the argument that sanctions will cause only temporary problems, while actually helping the Russian economy in the medium term. But investors are on the run, and among the political class, the notion of “medium term” now means the week after the next (Forbes.ru, July 18).
The Ukrainian crisis has compressed political time to a permanent emergency situation, and Putin has never thrived while making decisions under pressure. Taking a courageous last stand is not in his nature, and his gut feeling probably tells him that it is time to back off. There is indeed hardly any sense in waiting for the Western response to crystalize, and he has only a few days to act preventively and to demonstrate readiness to be a part of the solution on the crisis in Ukraine (Moscow Echo, July 18). But doing so would involve a high domestic risk of going against his own image of a defiant defender of the Russian cause against Western encroachments (RIA Novosti, July 18). Indeed, Russia’s propaganda machine had gone into overdrive, suggesting such mind-boggling speculations as the theory that “Ukrainian” missiles were actually targeting Putin’s plane on his way home from Latin America but hit the Malaysian Boeing 777 instead (Forbes.ru, July 17). Thousands of Russians are ready to believe such lunacy, and in this “patriotic” mobilization, every step back Putin could take—for instance, by releasing Ukrainian pilot Nadezhda Savchenko, who was shot down near Luhansk and then kidnapped to Russia—would look like capitulation (Newsru.com, July 17).
A relentless tightening of sanctions will strongly pressure Putin to back pedal, but it is essential to remember that wars tend to generate their own dynamics. Ukrainian President Petro Poroshenko needs every measure of support he can gather in combining the necessary military operations with rehabilitating the conflict-torn eastern Ukraine. It is often easy for the compromise-schooled European politicians to argue for a cease-fire, and Poroshenko has to deflect such pressure, while also resisting hawkish demands for a military solution. Donetsk and Luhansk will be reintegrated into the Ukrainian state, but they cannot be conquered. And for such reintegration to work, Russia’s cooperation is crucial. There is a chance for that, unless Putin becomes so scared by the sudden turn of events that he begins lashing out even more.
See the original post at Eurasia Daily Monitor © The Jamestown Foundation 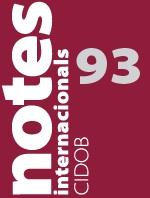 A New Russian Conservatism: Domestic Roots and Repercussions for Europe 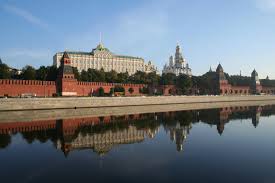