(The National Interest) With the recent downturn in U.S.-Russian relations, observers in both Washington and Moscow have remarked upon the cyclical nature of this key bilateral relationship. As Fyodor Lukyanov, a leading Russian commentator, noted in late 2012, “If we look at the relationship since 1991, it’s the same cycle all the time, between kind words and inspiration and deep crisis. Yeltsin, Clinton, Bush, Putin, Obama, it’s the same pattern.” Indeed, the phases of high hopes and expectations in the years 1991–1994, 2000–2003 and 2009–2011—followed by deep disappointment in the intervening and subsequent years—do seem to represent a cyclical pattern.

But viewing U.S.-Russian relations in terms of cycles or patterns is misleading. It implies that the relationship is governed by immutable forces beyond the control of policy makers—like the laws of physics or the business cycle. But the problems in U.S.-Russian relations are man-made, and therefore their resolution lies in the hands of the respective political establishments in Washington and Moscow. That is not to say it would be easy to fix them, or that such a fix is likely anytime soon. In fact, the opposite seems true. However, since agency, not structure, is the key determinant, policy makers bear the responsibility for improving this state of affairs and have it within their power to do so.

To understand better the reasons for the ebbs and flows in bilateral relations, it’s important to recognize the peculiar way in which both sides assess them. Officials and nongovernmental observers in both countries measure the relationship between the two countries by looking at the “deliverables” it produces. In other words, when the two sides are forging new agreements or resolving global challenges, their relationship is seen to be improving. When they are not concluding new bilateral deals and differ on significant global issues, the relationship is perceived as deteriorating.

See the article | © The National Interest 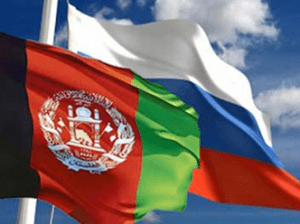 Russia’s Concerns Relating to Afghanistan and the Broader Region

Russia Fatigue in Berlin? Not Any More