(The Diplomat) In early 2017, reports began to emerge that Chinese authorities in Xinjiang were ratcheting up security, flying in troops, and parading police convoys through the region’s cities. Chen Quanguo, appointed Communist Party secretary of Xinjiang the previous August after five years as Party secretary in Tibet, called it a “a people’s war.” The term isn’t new, but the level of repression has progressed dramatically from the collection of DNA of individuals en masse, to the confiscation of passports, to mass detentions and incarceration in “re-education” camps.

A year later, a handful of former detainees have begun to tell their stories. It’s no accident that some of those now speaking up are Kazakh citizens, released after the intervention of their government, which remains a key partner in China’s larger regional ambitions — embodied by the Belt and Road Initiative — and a critical state bordering Xinjiang. Astana has been careful not to raise too loud a cry about the issue while also attempting to secure the release of its citizens, walking a careful line with a powerful neighbor.

Nargis Kassenova, an associate professor and director of the Central Asian Studies Center at KIMEP University in Almaty, Kazakhstan, told The Diplomat via email, “My understanding is the issue has been raised very diplomatically to signal the concern (after all, support of Kazakh diaspora is one of the goals of Kazakhstan’s foreign policy according to the current Foreign Policy Concept), but not cause the wrath of the Chinese government. There is very good understanding of Beijing’s heightened sensitivity when it comes to Xinjiang.” […] 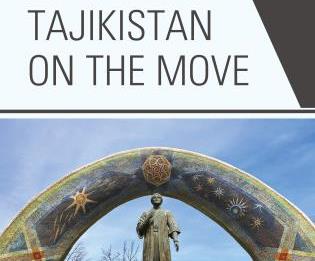 Tajikistan on the Move: Statebuilding and Societal Transformations