(The Tribune) WASHINGTON — President Barack Obama said Monday that he was considering sending lethal aid to Ukraine but was holding back on a decision while hoping that economic sanctions and diplomatic talks would persuade Russian President Vladimir Putin to withdraw from the country.

In a joint White House news conference with German Chancellor Angela Merkel, Obama said he had asked his team for alternatives to help the Ukrainian government stave off Russian aggression if a German-French diplomatic drive to end the worst bloodshed in five months should fail.

“It’s not based on the idea that Ukraine could defeat a Russian army,” Obama said of the potential to send arms to the Ukrainian government. “It is rather to see whether or not there are additional things we can do to help Ukraine bolster its defenses in the face of separatist aggression.” […]

The threat of a U.S. decision to provide weapons is by itself “useful leverage for European negotiators,” said Andrew Kuchins, director of the Russia and Eurasia program at the Center for Strategic and International Studies, a research center in Washington. Kuchins, who said he backed sending such aid, said lethal aid that resulted in “greater losses for Russian insurgent forces of men and materiel” might push Putin toward negotiating.

He said Russia had sought to hide its losses of soldiers and equipment, noting that polling “consistently shows that most Russians do not support their soldiers fighting a war in Ukraine.” 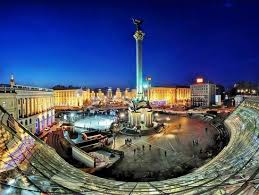 Diplomacy Delivers Another Pause for Struggling Ukraine and Sinking Russia 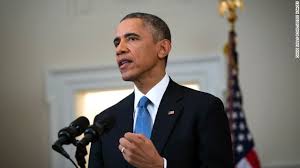 Kuchins: Obama has long been skeptical of arming proxies in places such as Syria and Ukraine