(Bloomberg) Ukraine said cease-fire violations in its easternmost regions surged to a record as Germany’s leader called for emergency peace talks and Russia stepped up economic pressure on its cash-strapped neighbor.

Government forces faced at least 129 separatist attacks in the past day, the military said as a battle raged at Donetsk airport and the security council warned the unrest may spark a “continental war.” The pro-Russian rebels said Ukraine is preparing to resume full-scale hostilities. Chancellor Angela Merkel urged a meeting in the Belarusian capital to set a demarcation line between the two sides. […] 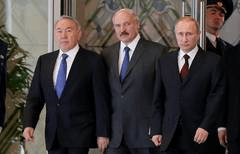 Futile Hope for the Dubious Summit in Astana 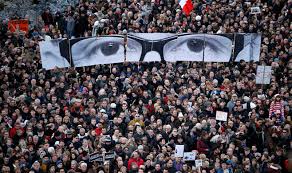 Petrov: Most Russians have zero sympathy for Islamists, but they also believe free speech should be mediated