Address 1957 E St NW, Washington, DC 20052 adminponars@gwu.edu 202.994.5915
(EurasiaNet) Russia kicked off three days of high-level summitry on July 8, hosting leaders of several Asian and developing countries that it hopes will form the foundation of a new, non-Western world order
Leaders of countries including China, India, Brazil, South Africa, Pakistan, Iran, and most of the Central Asian states gathered in the central Russian city of Ufa for simultaneous summits of the BRICS countries and the Shanghai Cooperation Organization (SCO). The two groups have been key instruments in Moscow’s strategy to bolster its international position in the wake of its estrangement from the West and the crisis in Ukraine, and the joint summits are an opportunity for Russia to show that, in spite of the efforts of European countries and the United States, it is not isolated. […]
These new, non-Western groupings are “a matter of international prestige for Russia,” said Mikhail Troitskiy, an associate professor of international relations at the Moscow State Institute of International Relations. One of Russia’s aims at the summit is to get a joint communiqué criticizing “unilateral sanctions and attempts at externally orchestrated violent regime change,” which Moscow believes the West is plotting around the post-Soviet space, Troitskiy added.
Read More © EurasiaNet 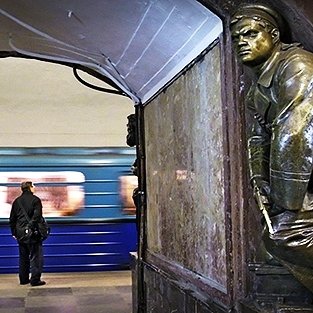