(Time – "Moscow Says Bottoms Up for Crimean Wine") Following Russia’s recent annexation of southern Ukraine, Crimean wineries are optimistic that the change in political leadership will help their businesses. But what it means for the long-term future of Crimean wine remains to be seen. In the era of Czar Nicholas I, Crimean wine was treasured by Russians as the best in the empire. Now those bottles are making their way back to the Kremlin’s cellar. “Crimea was the jewel in the Russian wine crown when it first belonged to Russia,” Jancis Robinson, co-author of the World Atlas of Wine, told TIME. […]

What access to millions of new Russian consumers means for the long-term future of Crimean wine remains to be seen. Being shut out from the Russian market actually improved the quality of Georgian wines as the embargo forced vintners to sell in the more competitive European and U.S. markets, says Barnard College political scientist Kimberly Marten, an expert on the region. Without the bulk orders from Mother Russia, where plonk had beat out the good stuff, Georgian winemakers had to up their game and start producing a finer product. 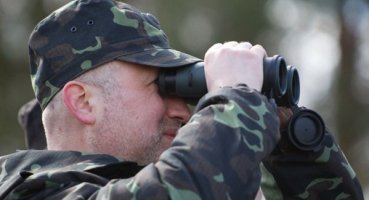