(GW Food Institute) Ukrainian chickens have been laying large numbers of eggs in one of the bright spots of the country’s post-Soviet economy, but geopolitics is blocking their sale in nearby markets. Agriculture could help the struggling country protect the gains of its recent revolutions and build a liberal democracy at a time when many established democracies are backsliding.

Ukraine’s recent history has been turbulent. Twenty-five years ago, it declared its independence from the Soviet Union and became an independent country. In contrast to many of the other post-Soviet countries, its population has actively entered into politics, participating in two street revolutions that sought to end endemic corruption. Progress has been slow, however, as Ukraine’s leaders have often betrayed the ideals of the activists. Living standards have also been slow to improve and the country is now mired in a territorial conflict following Russia’s 2014 invasion.

Throughout its Soviet and post-Soviet history, Ukraine’s agriculture has been a bulwark of its economy. Following the Soviet collapse, Ukraine built some of the world’s largest and most technologically advanced chicken farms. Avangard, Ukraine’s largest egg producer, once had capacity for 30 million hens, according to a recent article by Andrew E. Kramer in the New York Times. Given the Russian invasion and other problems, capacity is now down to about 10 million.

With cheap labor and grain, the wholesale price for an egg in Ukraine is 4 cents, compared to 25 cents in Poland and 35 cents in Germany. In the massive farms, conveyor belts bring in feed and remove the eggs while lights automatically dim and brighten to increase productivity. While efficient, these farms do not meet current standards for humane treatment.

Politics makes it difficult for the Ukrainians to sell their eggs abroad. Following the 2014 Russian invasion, sales to that country dropped. In 2014, Ukraine signed an Association Agreement with the European Union, but that deal protects European farmers from the competition of cheap Ukrainian imports. Quotas for egg imports to the EU are far less than 2 percent of Ukraine’s overall output. Upheaval in the Middle East has also limited sales to countries like Iraq, which once were key customers. The only bright spot might be China, where Ukraine could sell egg powder, which is used for products like pasta and baked goods.

The fate of Ukraine’s agriculture sector will have a major impact on the country’s future, since ag exports make up 40 percent of Ukraine’s overall exports. Many Ukrainians have been disappointed with the results of the current leadership but remain hopeful that the private sector will be able to pull the country forward. 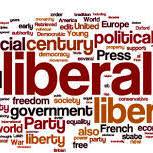